Winner of the Portsmouth First Fiction award for 2013

Chosen by Ali Smith as a Book Of The Year 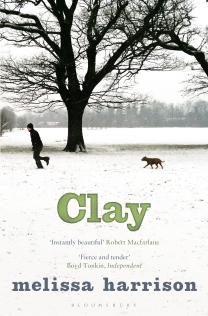 A boy tiptoes from a high-rise block in the half-light of dawn to see the neat prints left by a fox on the frosty grass. He is TC, eight years old and skipping school to spend his time exploring the city’s waste ground and forgotten wild corners. At school and at home he is barely missed.

Sophia, seventy-eight and a half and still wearing her dear dead husband’s shoes, looks out through her kitchen window at the little city park outside her flat, its grassy acres grimy and litter-blown but to her beautiful. She is writing her weekly letter to her granddaughter Daisy, whose privileged upbringing means she exists in a different world to that of TC – although they live less than a mile apart.

At dusk in a dim room above a nearby junk shop a big man whittles a hare from an end of old wood as outside the street lights flicker on one by one. Jozef spends his days clearing houses and his nights working shifts at the local takeaway, but he is unable to forget the farm he left behind in Poland, the woods and fields he grew up with still a part of him, although he is a thousand miles away. When he meets TC in the little park one night he finds a kindred spirit, despite the 40 years between them: both lonely, both looking for something, both lost. 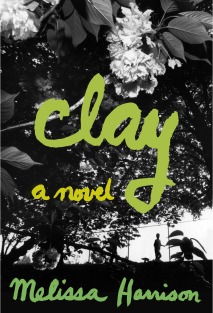 A lyrical debut novel about innocence and experience, class and consumerism, Clay captures the delicate balance of life in the city, between young and old, between nature and development, between recklessness and caution.

Clay is out now in the UK, published by Bloomsbury. It was chosen for Amazon UK’s ‘Rising Stars’ programme, and will be on the HSC curriculum in New South Wales, Australia, from 2015–2020. The American edition is pictured to the right:

You can read an extract from Clay by clicking here.

Tales of the City